What is the geographic scale of local adaptation in coevolving interactions?

The roles of geographic mosaics, coevolutionary hotspots and coldspots, and trait remixing in coevolutionary dynamics. We have used mathematical models to explore how each of the components of variation in coevolving interactions affects the rate and scale of coevolutionary change. See, for example, the papers by Nuismer et al., Gomulkiewicz et al., and Gibert et al. under Publications. See summaries of the results of these models and the broader implications of geographic mosaics in the Thompson (1994; 2005; 2013) books and on the web page on The Geographic Mosaic of Coevolution. 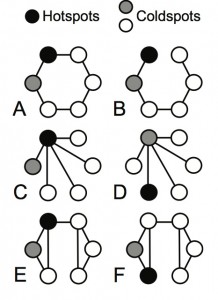 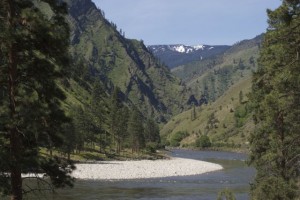 In the past, we also have used interactions between coastal pines and mycorrhizal fungi to explore questions on the spatial scale of ecological outcomes in interactions, ranging from mutualism to commensalism to antagonisms. These studies have taken advantage of the observation that several species of pine are restricted to a narrow band of coastal environments from Alaska to Baja California, and these pines harbor specialized mycorrhizal fungi in the genus Rhizopogon. We have used those interactions to study the geographic scale of local coadaptation along that long but narrow environmental gradient. Jason Hoeksema, a former postdoctoral associate in our lab who is now a faculty member at the University of Mississippi, led this work. During these studies Bridget Piculell showed that the same plant and fungal genotypes interacting in different environments could result in ecological outcomes ranging from mutualism to commensalism to antagonism. In the parlance of coevolutionary biology, these interactions likely form geographic selection mosaics in nature (genotype by genotype by environment interactions).  See for example Piculell et al. (2008) and Hoeksema et al. (2009; 2012). 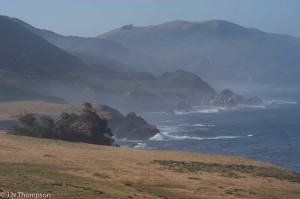 Geographic diversification of ecological outcomes in complex webs of interacting species. Recently, we have been collaborating with Hirokazu Toju of Kyoto University on analyses of the community-wide network structure of interactions between plants and mycorrhizal fungi. The current focus is on analysis of the Japanese forests he has been studying through the use of next generation sequencing.